E-Governance Projects In India Have Failed 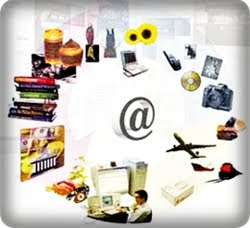 E-Governance has never been managed properly in India. There is no transparency, lack of accountability and abundance of corruption pervading and marring the E-Governance initiatives and projects of India. The almost depletion of projects like E-Bharat is a classical example of inadequate e-governance capabilities of India. Ironically, the chief instrument (e-governance) that was supposed to prevent and eliminate corruption from India has itself become an instrumentality and breeding ground for corruption in India. There is an emergent need of demanding accountability from the corrupt officials and ministers who have doomed Indian e-governance initiatives for long. Further, funding agencies and organisations like UNDP, World Bank, etc must actively seek “Management Controls” over e-governance projects they are supporting in India as leaving it in the hands of corrupt officials would be detrimental to the interest of common man of India.

Information and Communication Technology (ICT) is the core strength of business community of India. The same has, however, failed to find a place in the national policies and strategies of India and in governmental dealings. The ICT Trends of India 2009 showed the naked truth of the contrary claims of Government of India. Despite negative reports and progress in India, the Indian government is loyal to the “India Shining Syndrome” rather than concentrating upon real and effective ICT projects management in India.

According to Praveen Dalal, the leading Techno-Legal Expert of India and Managing Partner of Perry4Law “The Government and Indian Bureaucrats need to change their mindset and stress more upon outcomes and services rather than mere ICT procurement. India needs a services-based approach that is not only transparent but also backed by a more efficient and willing Government. Presently the Bureaucrats and Government of India are in a “resistance mode” towards novel and effective e-governance policies and strategies and they are merely computerising traditional official functions only. This is benefiting neither the Government nor the citizens and is resulting in wastage of thousands of crores of public money and UNDP/World Bank grants amount”.

The continued apathy, mismanagement and lack of accountability has finally shown its impact. The World Bank refused to operationalise the e-governance support project known as “E-Bharat” without its active management role in the same. The World Bank did not agree to the framework for implementation of E-Bharat as it was insisting on certain conditions to manage the project. For instance, against a hands-on project management approach being favoured by the World Bank, India was pushing for a programme mode where assistance could be linked to targets or milestones.

In fact, the Parliamentary Standing Committee on IT, in its latest report noted that e-Bharat project was “in trouble”. Following the Government's decision not to establish a dedicated Special Purpose Vehicle (national e-governance agency), a requirement insisted on by the World Bank earlier, the Bank had advocated a newer look to be adopted inter-alia suggesting termination of the preparation of the E-Bharat Project. With the management controls in its hand, the World Bank may continue this much needed e-governance project of India. It would be good for Indian common man if other fund providing agencies like UNDP also take similar steps so that e-governance projects are not eaten up by corruption of Indian officials.

SOURCE: MYNEWS
Posted by PRAVEEN DALAL at 6:05 AM