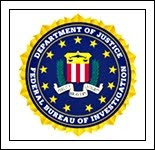 The United Nations must protect human rights in cyberspace more vigorously. Presently UN has not taken enough initiatives in this regard. Of course, UN has declared that access to Internet is a human right but that is far from satisfactory.

In a welcome move, a positive attitude in this regard has been shown by FBI Director Robert Mueller. He said that the FBI has to stay ahead of changing threats and new technology to keep the nation safe from terrorism, espionage and cyber-attacks, but must not get ahead of the rule of law and constitutional protections.

He opined that the cyber-intrusions, be they aimed either at stealing national security systems, military technology or the private sector's intellectual property, or at disrupting public services or the private economy, is costing the nation billions. But adhering to the rule of law remains the FBI's guiding principle, he said, and the bureau knows it'll be judged on how well it safeguards the liberties for which it is fighting.

This attitude and mentality must be adopted by all the law enforcement agencies of the world, including India. Till human rights in cyberspace are not respected and protected, the fight against cyber crimes would always remain biased and incomplete.
Posted by PRAVEEN DALAL at 1:09 AM