India Is Adopting Double Standards Regarding Its Cyber Law 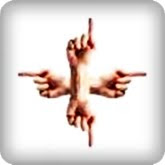 India is adopting double standards and creating a façade to hide its incompetent and weak cyber law. On the one hand the government made the cyber law a safe heaven whereas on the other hand it is trying to show that it is serious about cyber crimes. If the government is so serious about cyber crimes, why it made it criminal friendly and a safe heaven for the cyber criminals? This double standard of Indian government would create lot of socio-economic problems in the contemporary modern society of India.
The Parliament of India is either not willing to enact suitable laws in a timely manner or it makes absurd laws like the Information Technology Amendment Act 2008 (IT Act 2008). India is already struggling hard to tackle cyber crimes and cyber contraventions. However, what is more confusing is why Indian government made India a Safe Heaven for cyber criminals? Further, with the IT Act 2008 India became an E-Surveillance State. The E-Surveillance may be crucial for Indian National security and Internal Security vis-à-vis information technology but even these crucial capabilities are missing. The cyber warfare capabilities of India are still decades far away. The net result due to the Irrational Cyber Law of India is that there is a complete Cyber Anarchy existing in India.

Realising the gravity of the situation, Mr. Praveen Dalal, Managing Partner of Perry4Law and the leading Techno-Legal Expert of India, sent a communication to the Government of India including the Prime Minister of India, President of India, Supreme Court of India, Ministry of Parliamentary Affairs, etc in this regard. The government reciprocated through media by showing its concern regarding the rising number of cyber crimes in India. Now the Centre is planning to assign the Central Bureau of Investigation (CBI) to investigate cases registered under the Information Technology Act 2000 (IT Act 2000) in the country. This is the irony of Indian political thinking. On the one hand they made almost all the cyber crimes in India “Bailable” whereas on the other hand they are “showing concern” for the very same cyber crimes that have been committed due to the lax cyber law of India that they enacted, says Praveen Dalal.

The Centre has in a letter to the State Governments requested them to issue general consent for the handing over of such cases to the CBI. The CBI cannot proceed till the States grant it permission to do so. This step of the Centre may be a compulsion as Indian law enforcement needs Techno-Legal Training to solve cyber crimes effectively. Surprisingly, the Centre is aware that cyber crimes are affecting the life of the general public and cases of phishing, online credit card fraud, hacking, pornography and theft of data, source code and identity are on the rise. It also believes that these cases have national and international ramifications and affect national security. What is not understandable is why such serious crimes have been made bailable and why India has been made a cyber heaven for cyber criminals, questions Praveen Dalal.

The only explanation to this strange behaviour of Indian government may be that it is “confused” regarding its cyber law. Further, Indian government cannot enact strong and stringent cyber law because the “industry lobbying” of Indian companies would not allow it to do so. Till India acquires good “legislative skill” and shows its will to provide a robust cyber law of India, the confusion will keep on marring the government’s decision making power.
AUTHOR: SHAYAM PRASAD