Privacy And E-Surveillance Issues Must Be Resolved First By UIDAI 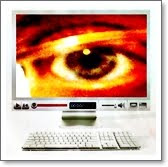 The Unique Identification Project of India is based upon lack of planning and foresight. The hit and trial attitude of the Government of India (GOI) coupled with the charitable tendencies to distribute the public money among corrupt officials of India without any transparency and accountability would once again fail another much needed project in India. The Unique Identification Authority of India (UIDAI) is not a “legally constituted” authority. In the absence of just and reasonable law(s) to support the same, it would violate the Human Rights and Fundamental Rights of the citizens of India, say techno-legal experts like Praveen Dalal. The interaction of Information and Communication Technology (ICT) with Human Rights is no more a science fiction and India must keep in mind the mandates of Human Rights Protection in Cyberspace while implementing projects that have no legal sanction and backing.

The security and privacy issues of UIDAI have been raised times and again. The real problem seems to be that neither UIDAI nor its functions are legally valid and constitutionally sound. In its present form they are violative of not only the sacrosanct Human Rights but also the Fundamental Rights conferred by the Constitution of India (COI), says Praveen Dalal.

The first and foremost evil of UIDAI without a proper legal framework is that it would violate the “Right to Privacy” as conferred under Article 21 of the Constitution. This is not expressly mentioned in it but the same has been enunciated by way of judicial interpretation by the Supreme Court of India. India is a signatory to the International covenant on civil and political rights, 1966. Article 17 thereof provides for the “right of privacy”. Article 17 of the international covenant does not go contrary to any part of our municipal law. Article 21 has, therefore, to be interpreted in conformity with the international law.

Even the “Data Protection” requirements would pose big challenge before India. The amount of data collected for by UIDAI would be tremendous. Presently, India does not have either a legal framework or technical capabilities to accommodate the demands of the proposed functions of UIDAI.

The main aim of the proposed project by UID Project seems to be to strengthen the “E-Surveillance Capabilities” of India. With the passage of IT Act 2008 India has now officially become an endemic e-surveillance society. The amendments have provided unregulated, unconstitutional and arbitrary e-surveillance powers to Government of India and its agencies and instrumentalities. The fact is that India has become an E-Police State, states the ICT Trends of India 2009.

Privacy rights are valuable and must not be violated by the government under the garb of national security. An important question that has been raised in the past is whether the citizens have a right to self-defense against the State if the latter is violating their rights illegally? Private or self defense is a Human Right, Constitutional Rights as well as Statutory Right. The Indian citizens have a right to exercise self defense even against the State. This is more so in the sphere of ICT where there are least possibilities of human injuries. However the same can be exercised by law abiding citizens alone and criminals cannot claim this Constitutional Protection. The UIDAI Project must keep all these aspects in mind before being finally implemented in India.
SOURCE: GROUND REPORT
Posted by PRAVEEN DALAL at 10:34 AM