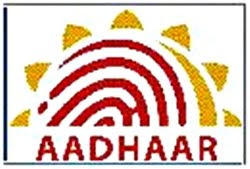 (1) The Bill is still not a valid piece of legislation till it is approved by both the Houses of the Parliament, receives President’s assent and then finally notified in Official Gazette by the Government of India.

(2) The Bill is not a comprehensive one and neither has it intended to cover all the aspects of Aadhar project of India. The Bill’s main objective is to provide legitimacy to the Unique Identification Authority of India (UIDAI) renamed as the National Identification Authority of India (NIDAI) and for matters connected therewith or incidental thereto.

(3) The Bill has picked up many provisions of the Information Technology Act 2000 (IT Act 2000) for various issues. One of them also pertains to the extra territorial application of the Bill.

(4) The Bill is a good piece of work as far as administrative aspects of Aadhar project is concerned. However, it has almost nothing to offer regarding protecting civil liberties of Indians. Privacy issues, data protection issues, etc are missing from the Bill.

(5) By making the IT Act 2000 a base for many of its provisions, the Bill has incorporated the weaknesses and lacunas of the same. It seems the members drafting the Bill did not take pain to do some good research and formulate new and better provisions.

(6) The Bill’s greatest strength is its Public Private Partnership (PPP) Model through which it is seeking the expertise and assistance of various individuals, institutions, etc. The Bill is also great to the extent it catering the requirements of Research and Development regarding some of the most crucial aspects of contemporary times.

(7) The Bill has its own list of Offences and Penalties. The list though not adequate but if supported by different and supplementary legislations would strengthen the Bill. These provisions have been inspired by the IT Act 2000 with all its limitations and demerits.

(8) Provision regarding delegation of authority of the NIDAI is also incorporated to bring flexibility among the functioning of the authority. The only fact that has to be kept in mind is that this delegation must not be abused for private gains of private players.

In short, this is a great enabling legislation for the UIDAI/NIDAI and its administrative functions. It has taken care of most of the aspects that would allow the authority to perform its functions effectively, transparently and with accountability. Proper care has been taken to use PPP Model as well as to use the expertise of others.

On the negative side, the Act does not cater the civil liberties requirement that is also the toughest challenge before it and the first and foremost challenge for its authority. This may be due to the fact that the Act never intends to cater the civil liberties requirements and has left it for the Indian government through a separate legislation.

The NIDAI would face the challenge of “Unconstitutionality” on two counts. Firstly, the authority must be constituted by a proper law. This requirement would be fulfilled if the Bill is made an enforceable law. The second is that it must not violate the Civil Liberties of Indians. This is a tricky issues and the same has also been avoided by the present Bill. The Indian government has promised to enact laws regarding privacy and data protection very soon.

If the Bill and those laws are combined, they may take care of the constitutionality attacks and the NIDAI may proceed further for its tasks. But for the time being, both Aadhar Project and UIDAI/NIDAI are “Unconstitutional” Project and Authority.
Posted by PRAVEEN DALAL at 10:54 PM