Why A Tragedy Is Always Needed To Wake Up Indian Parliament? 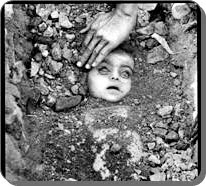 Indian Parliament is not pro active regarding making suitable laws as per the contemporary requirements. Although this lethargy is not condonable yet keeping in mind the ever happy nature of Indians this has become an acceptable practice.

However, what is not condonable is that even after continuous and incessant happening of adverse and tragic events, Indian government do nothing except making false promises or empty claims. Does it mean that Indian Parliament or Indian government always needs a tragedy to temporarily wake them up?

Indian legal system and justice delivery system has completely collapsed and is in ruins. This is despite the cozy and competitive picture shown by Indian government and Indian judiciary. The trust and respect of Indians have completely shaken for the judicial system of India that has failed to provide justice to Indians.

Times again public spirited citizens have been reminding Indian government to improve the legal and judicial systems of India but the government has failed to do so. It is only after tragic event like terrorist attacks, floods, natural calamities, episodes like Bhopal gas carnage, etc that government wakes up and decides to make proper law.

However, even such promises are mere declarations and there is no law enacted at all. This process is repeated years after years and tragedy after tragedy but Indians are all happy and contended to ask for any explanation. This may be because they have themselves elected the representatives that do not represent them at all in the legislative process of India.

I hope India would not wait for another tragedy to happen and subsequently another promise would be made that would never be fulfilled.
Posted by PRAVEEN DALAL at 2:14 AM