Censorship And Surveillance Under Aadhaar And Digital India Projects 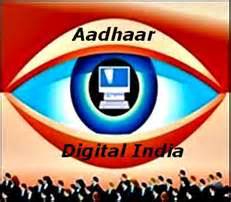 India has been deliberately violating Privacy Rights of its Netizens through various e-surveillance projects and its phone tapping activities. We have no dedicated Privacy Laws and Data Protection Laws (PDF) in India as on date. Successive Indian Governments have clearly signaled through their "conducts" that they are not at all interested in protecting Privacy Rights in India. The Narendra Modi Government even mentioned in the Supreme Court of India that there is no Privacy Right in India under the Indian Constitution.

This article is discussing the controversial issues of censorship and e-surveillance in India under the projects like Aadhaar, Digital India, national intelligence grid (Natgrid), etc. Till now it is clear that surveillance and censorship under Digital India and Aadhaar is widely practiced in India.

Anyone who is active on social media websites like Twitter, Facebook, etc is well aware that critical tweets and sharing are oftenly censored in India. Twitter is on the forefront of this exercise where Aadhaar and digital India related critical tweets are censored in real time.

Worst part of this situation is that parliamentary oversight of intelligence agencies of India is still missing till date. To give overreaching and illegal e-surveillance and phone tapping powers in the hands of such intelligence agencies is a death knell of civil liberties. India “must reconcile” the civil liberties and national security requirements but the same is presently missing. Clearly India has become a police state with unaccountable Orwellian powers.
Posted by PRAVEEN DALAL at 7:36 AM

Human Right Protection in Cyberspace has become a tedious task in the present E-Surveillance oriented environment around the Globe. Issues like E-Surveillance in India, Cell Site Location Based E-Surveillance In India, Surveillance Of Internet Traffic In India,  Central Monitoring System (CMS) for Telephone Tapping in India, etc are well known.

It is of utmost importance that a Balance between Civil Liberties and National Security Requirements Must be Maintained. Affirming this requirement a District Court of United States has recently declared the FBI National Security Letters (NSLs) With Gag Orders to be Unconstitutional.

In the meantime, some Researchers have found a Malware named FinFisher that is notorious for violating Civil Liberty Stakeholders’ Privacy and Confidentiality. Interestingly, the Malware has spread around the Globe to many Civil Liberty Oppressing Countries.

Although the hand and involvement of Nations in the spreading of this Malware cannot be predicted and confirmed at this stage yet it can also not be ruled out. This is so because the Malware of the nature of Spyware is targeting dissidents living under oppressive regimes.

A Canadian research center has confirmed that it had identified 25 different Countries that host servers linked to FinFisher, a Trojan Hrse program which can dodge Anti-Virus protections to steal data, log keystrokes, eavesdrop on Skype calls, and turn microphones and web cams into live Surveillance devices.

Some have even claimed that the Company making the Spyware has sold the Malware to repressive regimes and this is a potential breach of UK export laws. Besides export norm violations, this episode can also raise a variety of Legal Issues as well, especially those pertaining to Cyber Laws Violations across the Globe, including India.

Unfortunately we have no Harmonised International Legal Frameworks in this regard. For instance an International Cyber Law Treaty Is Required on an urgent basis. Similarly, International Cyber Security Treaty Is Required on priority basis. The United Nations must protect Human Rights in Cyberspace so that Civil Liberties can be suitably protected. Otherwise Self Defense in Cyberspace to Protect Civil Liberties would be the only option left.
Posted by PRAVEEN DALAL at 3:17 AM

Civil Liberties And National Security Requirements Must Be Reconciled By India

The truth is that nations across the world are ignoring civil liberties for the false claims of national security. This is a disturbing trend especially when the United Nations is silent on the protection of human rights in cyberspace. This applies to India as well that has draconian laws like information technology act 2000 to violate civil liberties in cyberspace.

According to Praveen Dalal, managing partner of New Delhi based ICT and techno legal law firm Perry4Law and CEO of PTLB, there is need to have “Reconciliation” between National Security needs of India on the one hand and Protection of Fundamental Rights on the other. I have also sent a communication in this regard to Government of India in the past, informs Dalal.

It seems some segments of Indian government agree with this “reconciliation theory” suggested by techno legal experts of India. For instance, the Union Minister of Communications and Information Technology, Shri Kapil Sibal has reportedly said that adequate balance needs to be maintained between needs of “privacy of individual” and “genuine security concerns of state” while dealing with challenges of cyber security.

Interestingly, Kapil Sibal appealed to the global community to collaborate and evolve global protocols in security of information and network. Sibal assured that India stands committed to contribute and cooperate with international community on this issue. It seems at least Kapil Sibal is aware of the details of techno legal issues and that is good news for India. However, we must not be satisfied with mere declarations and we must actual achieve the reconciliatory task as soon as possible.

Unconstitutional And Illegal Biometrics Collection Laws And Practices In India

India is passing through one of the “Most Dangerous Periods” for Civil Liberties and Human Rights Protections. No time in the past Indian Citizens were so “Vulnerable” to Human Rights Violations and blatant violation of their Fundamental Rights.

Article 21 of Indian Constitution confers Privacy Rights in India to all. Similarly, Article 21 also confers Right to Life and Liberty to all that cannot be taken away except by “Due Process of Law”. Articles 14, 19 and 21 collectively protect against “Arbitrary and Unconstitutional State Actions”.

Despite all these “Protections and Rights” we have Authorities like Unique Identification Authority of India (UIDAI) that is not governed by any Law whatsoever. Similarly, we have provisions pertaining to National Population Register (NPR) of India that are clearly “Unconstitutional”.


There is no second opinion that collection of “Highly Sensitive Biometric Details” by any Governmental Agency or Authority in such circumstances is not only “Unconstitutional” but is also “Highly Risky” for Life and Liberty of Indian Citizens/Persons. In fact, collection of Biometric Details by UIDAI and NPR are clearly “Unconstitutional and Illegal” and Indian Citizens and Residents can “Refuse” to provide the same no matter what these Authorities and Laws say.

National Security And Right To Information In India

National Security and Right to Information are interrelated concepts. We occasionally find them on Crossroads. In fact, the National Security Card is played so often by Governments around the World that the concept of National Security has become the most abused and most favourite method of defeating Civil Liberties Protections in Cyberspace.

I personally believe that there must be a “Constitutional Balance” between National Security and Human Rights and Fundamental Rights Protection Requirements. Giving “Primacy” to one over the other, without engaging in a “Reconciliatory Exercise”, would be “Counter Productive” in the long run.

For instance, if there is a conflict between Right to Privacy and Right to Information/know, any information can be disclosed in certain circumstances to substantiate and strengthen Public Interest.

Thus, not all tapped conversations of Nira Radia and Ratan Tata can be labeled as “Private” or pertaining to “National Security” and barring few “Exceptional Disclosures” all other can be made “Public” by the Supreme Court of India.

The Supreme Court of India must not unnecessarily put a “Blanket Ban” upon disclosure or publication of such conversations as that would amount to “Unreasonable Curtailment” of other Fundamental Rights like Right to Information. The “National Security Card” should not be used by any individual or institution, including the Supreme Court of India, to defeat the Constitutional Protections and Safeguards.

I have already written about this issue to Indian Government in February 2011 and this was sufficient time for it to deliberate and formulate an effective Policy in this regard. If still the Indian Government has failed to formulate such Policy, it only shows that it is not interested in formulating one.


Finally, Intelligence Infrastructure of India needs Rejuvenation as it has become synonymous for Non Accountability and Mess. There is neither any Parliamentary Oversight nor and Transparency and Accountability of the working of Intelligence Agencies of India. E-Surveillance in India is presently done in much derogation of Constitutional Protections.

The matter is pending before Supreme Court of India and if it does not handle the issue properly, the chaos would persist for some more decades.
Posted by PRAVEEN DALAL at 10:29 PM