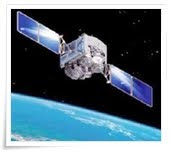 The outer space is an area dominated by few countries and India is one of them. India has its own indigenous capabilities to build and launch space vehicles and in many cases has supported other nations as well in their space activities.

One aspect that I firmly and strongly endorse is very limited use of outer space for military proposes. Further, intelligence agencies or law enforcement agencies must also not use the same for the sake of using. Space is a common territory meant for the common betterment of mankind and no country should claim monopoly over it and abuse it on flimsy grounds.

This debate over sovereign control of space territory by any single nation started when the first “Sputnik” was launched in the space by the U.S.S.R on October 4, 1975. Since then numerous space ventures have been undertaken by various countries, including India. These activities led to the enactment and adoption of the Outer Space Treaty in 1996. It contains the following important principles:
(1) Freedom of exploration of outer space,
(2) Non-appropriation of outer space,
(3) Peaceful use of outer space,
(4) Jurisdiction of States over objects launched,
(5) International responsibilities for national activities,
(6) Assistance to personnel of space craft,
(7) Promotion of International Co-operation in the use of outer space, etc.

Besides this treaty many other agreements have been entered into on the International level from time to time.

It must be appreciated that “military use” of outer space is prohibited almost in all these agreements but military oriented activities in the outer space have been intensified in the recent past despite their prohibition. The systems and techniques capable of destroying an adversary’s satellites have been a major focus of arm race in outer space.

However, there are many positive sides and advantages of outer space usage as well. One of them pertains to use of military and spy satellites for bringing peace and order within a national territory. If a nation is facing real and imminent threat from either internal or external aggression, there is nothing wrong in using these spy satellites for tackling such threats. For instance, there is nothing wrong if Indian government uses its satellites for repelling the threats of Maoists or other terrorists’ organisations who are violating various Human Rights in India without any regard for human dignity and any piece of humanity. Killing innocent people does not prove any point and neither would a soft stand on the part of government of India would be useful in this situation. India should rise about regionalism and political agendas and unite in this fight against terrorism.

However, with great power come great responsibilities as well. This is almost always forgotten by governments of various nations, including India. Such sweeping powers must be suitably regulated and exceptionally used. It should not be unregulated and there should be no arbitrary use of these technologies. The eagle eyes are not meant for fun or curiosity satisfaction but for achieving the larger national interest of India.
Posted by PRAVEEN DALAL at 3:39 AM