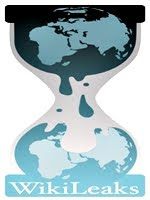 Corruption and whistleblower protection are conflicting claims. A corrupt society would neither tolerate honest whistleblowers nor would it endeavour to protect them through legal and non-legal means.

Whistleblower and witness protection is a duty of India that it has miserably failed to fulfill. However, India alone is not the only nation to do so. There are other nations as well who have failed to do the needful. What would citizens do if their nations do not care about their honesty, integrity and fight against corruption? Perhaps they must use technology to fight corruption. Sound promising but does it holds good? Definitely yes.

Take the example of Julian Assange, the founder of the whistleblower website Wikileaks. He is maintaining a great site where fight against corruption and lack of transparency is fought over by anonymous soldiers. It has stored tons of secret governmental documents that have leaked from their offices and places. These documents show the truth about governmental intentions and their acts or missions. Obviously, the governments and their agencies are not happy with the same as they prefer to maintain secrecy at all cost.

However, the chances of harassment of such whistleblowers are very great. Recently, the passport of Julian Assange was confiscated by immigration officials when he arrived at Melbourne Airport last week. Though the passport was subsequently handed back he also received a letter from the Australian Communication Minister Steven Conroy’s office stating that the recent disclosure on Wikileaks of a blacklist of websites the Australian government is preparing to ban had been referred to the Australian Federal Police (AFP).

So if you are prepared to face the wrath of governments go ahead and launch a platform similar to Wikileaks. Alternatively support Wikileaks by making a donation that you can afford. But do not sleep over the matter and do something for the protection of whistleblowers in India.
Posted by PRAVEEN DALAL at 2:37 AM