Why Legislation For Aadhar Project Of India Is Required? 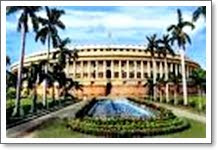 No time in the history of India the threats of Civil Liberties violations and e-surveillance were as great as are in the present times. The instrumentality that has become the core of this civil liberty fiasco is Aadhar project of India or UID project of India. This is because the UID project intends to gather information that is very sensitive and secret in nature. Combined with other publicly announced projects like national intelligence grid (Natgrid) as well as secret projects of India it can peak into the personal lives of Indians anytime and anywhere. That is why there is an emergent need of good and robust privacy law in India as well as data protection law in India.

It seems the history is repeating itself in India. India is launching projects after projects without proper legal framework. The projects like Aadhar, Natgrid, etc are not only unconstitutional but also undesirable in the absence of just, reasonable and fair law prescribing procedural safeguards.

The Unique Identification Authority of India (UIDAI) has recently got an approval from the Cabinet Committee on UIDAI headed by the Prime Minister of India Dr. Manmohan Singh. It can now gather demographic and biometric data of Indian residents for UID project. However, the process does not stop here. UID project would not only be combined with projects like Natgrid but also with projects like National Population Register (NPR) operational under the ongoing census of India.

Think about a scenario where every minute and single details of an individual are combined with his biometric details and put at a single place at the disposal of as many authorities as desired by the government of India. Some of them would be authorities that would neither seek the permission nor report to the Central Government while performing its surveillance and e-surveillance activities.

It would be prudent if the government of India formulates both privacy laws and data protection law before proceeding further with projects like aadhar, Natgrid, CCTNS, etc.
Posted by PRAVEEN DALAL at 8:54 PM